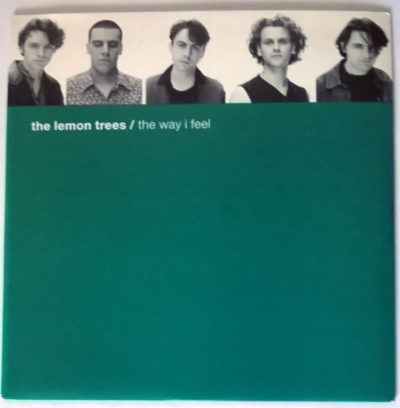 The quote has been attributed to everyone from Thelonius Monk to Elvis Costello, but it was American comedian Martin Mull who told us that writing about music is like dancing about architecture. It’s a fair point, beautifully made, but we write about music because we care about it. What’s more, we read what people write about music because we care. And, in any case, have you never seen a building that makes you want to break out a little shuffle in delighted appreciation? No? Just me then.

Anyway, writing about music in the moment you first encounter it is a tricky business. As critics we’re paid (at least we used to be!) to have opinions and to articulate them. These days and much longer of tooth we have the luxury of reflecting on those opinions and here’s an occasion when I got it wrong.

In the continuum of British indie, The Lemon Trees emerged in that period between Baggy and Britpop, when there wasn’t much doing in the way of homegrown guitar bands – it was all about the sound of young, ‘trustafarian’ America. I Hate Myself and Want To Die. It wasn’t a good moment.

So, given my fondness for 60s mod-pop and 70s new wave, the arrival of five blokes with a bag of big bright melodic guitar songs should have been a thing of joy.

The Lemon Trees were fronted by Guy Chambers, late of World Party and future Robbie Williams co-writer (Angels, Millennium, Rock DJ etc). Also in the band were future Finn brothers/Oasis/Noel Gallagher collaborators Paul and Jeremy Stacey, Alex Lewis who had been in the Flying Pickets and Paul Holman, who I knew pretty well from writing about music for the local free newspaper.

My critical concerns are never meant to hurt they’re only opinion and as the internet has taught us all opinion is equal these days. At the time, my feeling was that the record relied heavily on classic mid-60s albums by The Kinks, Beatles, Who etc and said so in print. It upset some people and after Brett Anderson was pretty unpleasant about the band in an interview I found myself in the odd position of watching the Lemon Trees in a tiny club in Bournemouth and being slagged off from the stage in the same breath as the Suede frontman. Ho hum.

Of course, within 18 months it was all about 60s-chic, Beatles, Small Faces, Cool Britannia, a Britpop-fuelled mini Mod revival and the inanity of the Union flag becoming a visual shorthand for anything an ad agency wanted us to consider hip.

All of which came too late for The Lemon Trees whose 1993 debut album Open Book more than warrants a revisit and is now discussed in reverential terms online. Rightly so in fact because removed from the moment it’s a gem of a record – confidant, joyful, subtly flavoured and well crafted. Love Is In Your Eyes, Let It Loose and I Can’t Face the World all stand up well, as does the title track, but the stand out for me is their second single, The Way That I Feel with its ringing guitar figure and loping bassline backing Paul’s engagingly expressive vocal and some sunshine harmonies that well suited the expensively filmed promo video, an homage to The Graduate with Paul as Dustin Hoffman.

It has taken a quarter of a century to set the record straight, but there it is. Sooner or later some bright park is going to re-issue Open Book and, in a triumph of natural justice, it’ll rightly be hailed as a lost classic.