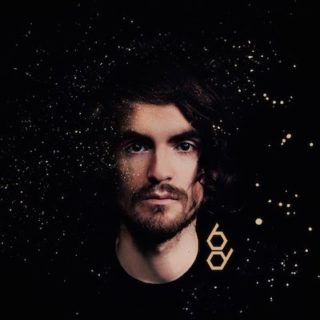 On first listen this is the album that will see Blair Dunlop fulfill plenty of the much heralded promise heard on his first two records – the superb debut Blight and Blossom and the giant leap forward that was 2014’s House of Jacks. Gilded pushes boundaries, is rightfully commercial and comes packed with memorable hooks baited with nifty couplets and bags of emotion.

Maybe by the next album reviewers will no longer feel the need to place Blair in the context of being the son of Ashley Hutchings from whom he inherited The Albion Band etc etc, but for now it helps explain the maturity of the songwriting and playing without having to bandy words like ‘genius’ about. Instead, we can deploy more sober (nut no less apt) superlatives such as ‘brilliant’, ‘prodigious’ and ‘bloody good’.

Having earned his spurs on the folk circuit, Blair sounds in no mood to give them up just yet. The songs employ a broader, richer musical palette, but his guitar playing, chord progressions and rhythms echo deeper, more traditional roots than anything mainstream pop and rock may call on. That isn’t to say he’s scared of a killer middle eight, or a chorus with the half life of plutonium – he isn’t, just try removing No Go Zones from your ear after a few listens.

To that end, arriviste youngsters will find a reference in the likes of Ed Sheeran and those of us with longer teeth shouldn’t knock that. Instead, we might look to the lyrical twists of Billy Bragg in milkman mode, or the crafty playing of Johnny Marr as readily as more traditional names such as Leon Rosselson, Nick Drake or Bert Jansch as key influences.

What stands more to the fore on this record than its two predecessors is Blair’s social conscience. Never one to avoid venturing a partisan opinion, or shirk a feeling in song, he has nailed his colours to the mast in this third album and for all its beautifully rendered sounds First World Problem burns with indignation at the complacency of Western economics. Just as passionate are the more personal songs like The Egoist, Eternal Optimist and the heartfelt album closer, Phoenix, a co-write with Gita Harcourt-Smith that crisscrosses ancient myths and modern love.

Up On Cragside is a worthy hymn to northern pleasures with the instrumentation it deserves; the lively opener Castello raises hopes and pulls focus in its dissection of misdirected love; and 356 reminds us that aspirational yuppiedom is alive and well and swilling shampoo at our expense right across London Town.

Gilded is a fine piece of work that will find its way into hearts young and old as it marks out Blair Dunlop among one of the most gifted and fearless musical talents of the moment.