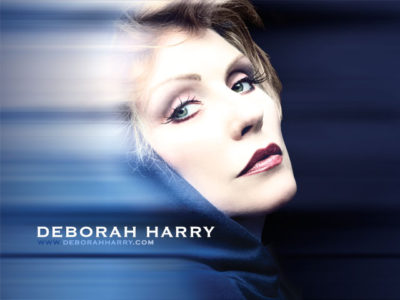 They wouldn’t have realised at the time, but the few hundred or so young punks and slightly older pub rockers that gathered at Bournemouth’s Village Bowl on May 20, 1977, were witnessing the start of something huge.

Some had probably gone to see an emerging London new wave band called Squeeze, although most would have been there to see a new group from New York, called Blondie, whose first two singles, X-Offender and In the Flesh, had made a small dent in the lower regions of the charts and garnered a bit of press in the music papers.

It was their first British gig.

“Oh God, I haven’t thought about that in years, but I remember that show really well,” says Debbie Harry, her quietly spoken voice suddenly sharpened by a rush of excitement in anticipation of returning to play the O2 Academy Bournemouth, next weekend (Saturday, June 19).

“It was a crazy night. The room was so small and there was either no stage or hardly any stage, so we were practically playing at the same level as the audience.

“It all got very intimate. It was a very communal experience.” 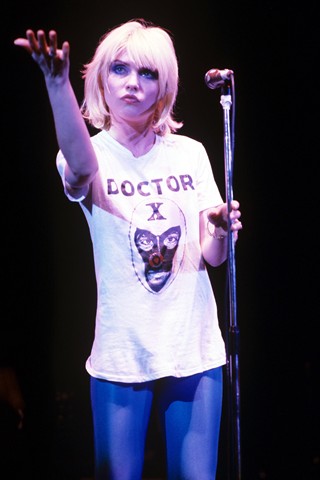 Fronted by Debbie’s pint-sized bottle-blonde form, with her uncompromising blend of Left-Bank Parisian chic and New York street punk style, within a few months Britain had clasped Blondie to its heart as they tore up the charts and gave the punk/new wave generation a bona fide sex symbol.

“I guess we always knew it would hit over there (in the UK) right away because the US was still in the grip of blues- and country-based rock – what we call good old boys’ music.

“You look at it now and things have changed.”

Too right they have. But back then you couldn’t cross a British playground in early 1978 without hearing someone singing Blondie’s first major hit, Denis – and, over the next couple of years, tracks like Picture This, Hanging on the Telephone, Sunday Girl, Call Me and Union City Blue cemented the band’s position as a singles band par excellence.

Their album Parallel Lines was as ubiquitous as Thriller was to become. They even found time to turn the playground punks on to disco with Heart of Glass and wake us up to hip-hop with the genuinely groundbreaking Rapture.

“Well, I started later than most,” says Debbie. “I was in my 30s when we came out, so maybe I was able to see things a little differently. Any band or artist that has ever mattered to me has this element of longevity, so keeping this thing going seems perfectly natural to me.

“In the R&B world, and certainly in the jazz world, age has never been a barrier to creativity, so this music has grown into what it has become.

“Rock and roll started in the 1950s, and it’s only fairly recently that it has come to terms with ageing.

“People don’t just stop listening to it because they get a bit older. They may stop listening out for new music, but they still listen to the music that mattered to them. It’s a lifetime appreciation.”

And what about Debbie Harry – does she still seek out new music?

“I just saw Christina Aguilera do one of her new songs and what an incredible voice she has, a great performer. I think performance is important, I like to see the show.”

Which is what fans are sure to see at the O2 Academy next weekend as Debbie promises plenty of old hits alongside new material from the forthcoming album, Panic of Girls, Blondie’s first album for six years.

“Yes, it’s been too long without a Blondie album, but although we haven’t been recording we’re playing shows all the time.

“The title is from this song on the album called The End of the World – oh, how tragic, and it’s a long allegorical poem thing that has this one line about the panic of hurt and Chris (Stein, Blondie’s co-founder, guitarist and Debbie’s former boyfriend) said we should change it to panic of girls. I don’t know why, but it stuck.

Somehow it works as a collective noun, but I couldn’t help but be put in mind of the panic of girls, or middle-aged women at least, engendered by the recent release of the second Sex and the City film.

“Ah yes, of course, the panic of those girls is really quite powerful, although I don’t get it at all. That’s not really me, I’m a quite different kind of woman altogether.”

And aren’t we glad about that?

• Corrected from the version first published in Bournemouth Echo.

One thought on “Debbie Harry”