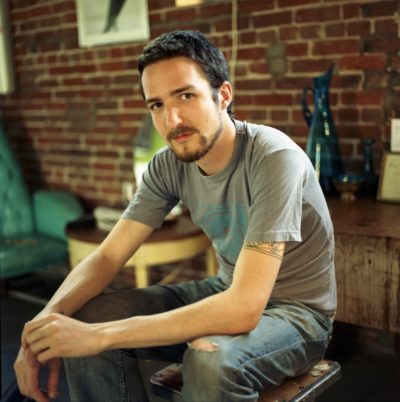 Frank Turner is something of the man of the moment. The former Million Dead singer’s fourth solo album, England Keep My Bones charted within spitting distance of the top ten – his highest placing yet – in June; last year’s (almost) hit I Still Believe has turned into a bit of a festival anthem and his latest release Wessex Boy is perhaps the best (only?) celebration of the joys of growing up surrounded by fields while feeling simultaneously constrained by all that open space.

Brought up in the village of Meonstoke, near Winchester, Frank was schooled on a scholarship alongside Prince William at Eton (oh, get over it, Joe Strummer was the privately educated son of a diplomat) and went to the LSE by which time he was already releasing albums with the band Kneejerk. After they split in 2001 he joined post-hardcore punk outfit Million Dead who won the appreciation of John Peel and a committed fan base before falling apart in 2005.

Before the band had even seen out its diary, Frank was taking it back to basics, playing tiny club shows and staying on the road to get it right this time. His first full-length solo album, Sleep Is For The Week came out in January 2007, followed barely a year later by Love Ire & Song – and the first great leap forward with its coherent, confessional punky energy and folky soul.

Articulate fanfares for the common people are his stock in trade, yet Frank Turner claims to speak for no man except himself. Touring relentlessly, only cancelling shows when forced to by gastroenteritis, he has played live more nights than not for the last five years. His third album, Poetry of the Deed and the attendant live work saw things really start to move and with this new set, England Keep My Bones, his passionate live following has carried him through his 1,000th live show in April and delivered an overdue commercial breakthrough that will see him headline Wembley Arena next year.

Before that though there’s the not so small matter of playing the O2 Academy Bournemouth on November 22 as the first date of a six-day stretch that ends with a sell-out at the Hammersmith Apollo five days later.

Strap yourself in Frank, it’s going to get even more lively from here on in.

The new album plays quite reverentially with traditional music, specifically English music, so is the record as an attempt to freshen up folk music and extend its reach; or is all music part of a continuum?

To a degree all music is a continuum, sure. I also feel quite strongly that modern rock ’n’ roll, or pop music, or whatever you want to call it, occupies some of the same social space that used to be the reserve of folk music. It’s the music of normal people, the songs people sing to each other in the pub, play at their funerals, or whatever. So I see what I do as being ‘folk’ music in that sense, with perhaps more of a nod to the traditional than some others.

That said I’m well aware that I don’t make genuinely traditional music records. Sounding English is something important to me though – I never wanted to sound like I was American, for example.

The record sits well alongside your other releases as there have always been melodic or lyrical flavours of traditional music in your records; where does your obvious passion for the music come from?

I’m a history geek, and I’m very passionate about music, so an interest in traditional music kind of combines the two obsessions perfectly. It fascinates me, the idea of music that has survived from the time of our ancestors, music of the people (rather than of the court or the aristocracy).

Your solo albums sound like music that’s built to last and that often seems to have a traditional flavour to it – I’m thinking about Billy Bragg (obviously), but also Neil Young, The Clash, Springsteen, mid-70s Bowie, REM, The Smiths… pretty good company for Frank Turner? Have you consciously taken the music in this direction or has it evolved that way?

Well, that’s very kind of you to throw those names in there! I try not to steer my music if I can possibly avoid it, just let it come out as what I think is a good song, not interfere with it. If it’s coming out as something in the middle of that lot, then, well, I’m flattered, and it’s also a reflection of my own taste in music.

You take a very partial standpoint in some of your songs – is Frank Turner a pop singer, polemicist or politician?

I’m a musician first and foremost. If I wanted to be a politician, I’d go and be one. 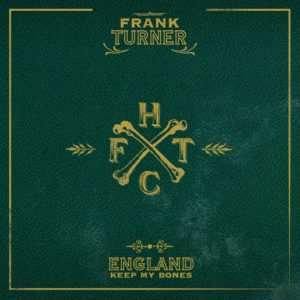 Folk music has a long tradition of dissent, but it is also rich with romance, whimsy and mystery – what are the songs that inspired your interest, or is it a more general appeal?

My interest in acoustic music generally, folk and country included, was mainly sparked by the Johnny Cash American Recordings series. Before that my head was buried in hardcore, those records really opened my eyes. Listening to The Levellers again was great, and Richard Thompson, Fairport Convention, Martin Carthy and the like have all been great stuff to immerse myself in.

There’s a great sense of discovery when you find out about anything new whether it’s music or not, but the origins of so much traditional music are hopelessly obscure or lost altogether, is that part of the attraction?

Absolutely. I’ve spent a lot of time listening to some of the field recordings from the English Folk Dance & Song Society library, really hauntingly old stuff. There’s something slightly mystical about the idea of a song whose authorship has been totally lost.

We all know the Ian Brown quote that it’s not where you’re from that’s important but where you’re at, but to what extent has coming from Winchester, Wessex, the South contributed to the Frank Turner you present to the world?

Well, I’m a Winchester boy through and through, I think that impacts my character, sure. I think coming from a more rural area, not London or Manchester or wherever, influences my outlook on life. It’s not all necessarily positive influence either, sometimes I feel a little trapped in that viewpoint, but it’s there nonetheless.

That’s actually a really good question. I spend some time worrying about losing my sense of self. As things get bigger doing what I do now, my name occasionally starts to acquire the attributes of something abstract, detached, remote. It’s pretty strange sometimes. On some levels I don’t want there to be a line between me onstage and off, because I try to make honest music. But at the same time I need to be careful to husband my private life, to make sure it’s still there and still healthy, in order to not lose my mind. I think I’m doing OK thus far.

You seem to create a community of musicians around you and form alliances with people like Chris TT and Beans on Toast, but you’re clearly relishing the freedom of being up front on your own – do bands work best as full democracies or benevolent dictatorships?

I think that’s entirely dependent on the people involved. Personally, right now, I feel most comfortable running my own affairs, and being able to choose to work with other people as and when I please. But I know some musicians who are incapable of functioning outside the band context. And that’s fine.

What are you most proud of?

Being a professional travelling musician, and having achieved what success I have done entirely under my own terms.

What are your ambitions?

To become better at what I do – write better songs, play better shows, be a better singer and showman. 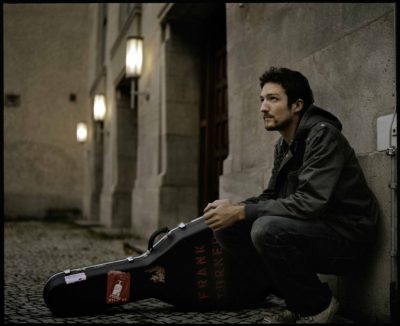 You played your 1000th solo show this year for Strummerville, how many gigs are you up to now? What do you plan for the 2000th?

I think I’m on 1130 or so now… There’s a comprehensive list on my website, I’m slightly OCD about the whole thing. It’ll be a little while before I hit 2000, so I guess I’ve got time to plan another party, ha ha.

You’re going to play Wembley Arena next year – that’s a long way from Winchester Railway? Will you approach it like any other gig or are you busy designing stage sets, dance routines and pyrotechnics?

Isn’t it just? Crazy times. I think my production crew and I are looking to put on a great show, make the biggest impact that we can, entertain the crowds. I’m not sure I’m one for dance routines and such, but you have to paint bigger on a bigger canvas.

What’s next after Wembley? A new album? Bigger tour? An island in the sun?

After that, well, that’s an interesting question. Wembley feels like the logical conclusion of the arms race for bigger venues, for now. I think I’ll be looking to work on a new album by then, and maybe look at doing some different kinds of touring over here.