Nick Churchill > Features > In search of the Loch Ness Monster

In 1991 Steve Feltham gave up a stable life and secure livelihood to search for the Loch Ness monster. Before he left he told Nick Churchill about his dreams and schemes, but little did either man know that a quarter of a century later Steve would still be hunting Nessie. It’s high time the two met again…

What are you going to do with the rest of your life? It’s a question that dogs every generation. Do you knuckle down, settle down, pay off a mortgage and play the game – or do you throw caution and career to the wind and follow a dream? Steve Feltham is the very definition of the second option. Half a lifetime ago I met him as he turned his back on a successful family business installing security alarms, sold his home in the pretty Dorset market town of Wimborne Minster and set off to look for the Loch Ness Monster. Some thought he was stark, staring mad, but I wasn’t the only one who couldn’t help but admire his sense of adventure and was possibly even a little jealous. A significant few years younger than Steve, by that point I had already left home (twice in fact), moved to the capital to write about music and returned (like Hardy’s native) to get a ‘proper’ job, complete with training, an exam and prospects.

Soon after the end of the first Gulf War I got my pieces of paper on a block release course that had precious little to do with the journalism I aspired to and returned to a weekly newspaper with the intention of making it work for me.It was 1991 and a fire was burning in my belly, just as it was in Steve Feltham’s. I recognised his need to get away and could identify with the passion he so clearly demonstrated for his subject. He had few expectations, if any. He just knew he needed to be There, not Here… There being the shores of Loch Ness, Here being Dorset. He was 28 years old and desperate for adventure. And, guess what? He’s still There. Still waiting. Still living his dream.“I never really had that much of a plan when I left Wimborne – I hoped it would last but I didn’t know I’d still be here,” he says, quite matter of factly.

“What happened is that every year I’ve enjoyed it more than the last and a few years ago I entered the Guinness Book of World Records for the longest Loch Ness Monster vigil so I guess that makes me world champion at sitting on a beach and staring across the water – that’ll do me!”As it would for many for who hasn’t felt the pull of a childhood obsession, the lure of doing something remarkable, just because it was there to be done? Life has a habit of distracting us along the way, but for the lucky ones that wide-eyed sense of wonder never really leaves us, it just gets a bit lost sometimes trying to find its way back.Steve fell in love with Nessie in 1970 at the age of seven on a family holiday, when he visited the Loch Ness Investigation Bureau – a team of die-hards who set up a makeshift camp on the loch side near Urquhart Castle every summer.“Grown men seriously looking for monsters? Fantastic!” 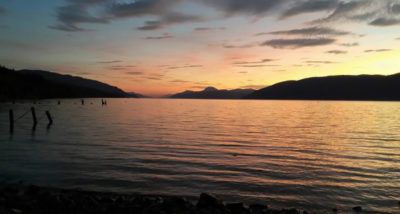 Armed with an information pack and an excited imagination, the young Steve’s interest grew rapidly and several more family holidays to the Highlands only added to the fixation so that by the time he reached adulthood he was a dedicated Nessie hunter.“I was doing pretty well, with my own house, a girlfriend and a steady job in business with my father. In fact, it was spending those hot summer days pulling wires through people’s lofts that made up my mind. A lot of our customers were older people and over a cup of coffee with them the conversation would turn to the things they wish they’d done when they were my age or the things they were glad they did.“I started to think: is this it? Do I really want this for the rest of my life?”

The idea to jump the good ship ‘Rat Race’ crystalised on a three-week trip in the works van in the summer of 1990 and on 19 June 1991 Steve began his new life as a monster hunter in the former mobile library van he’d shown me around just a day or so before and which has been his home ever since.“When I set off I think I told you I was looking for a plesiosaur, but it’s more likely to be a large sturgeon or catfish, although there are other contenders. The sonar evidence is quite strong – something about the size of a car.”At the time my eyes were wide with wonder that someone could talk about Nessie without even a hint of irony. She’s real because Steve says so. Fast-forward a quarter of a century and I venture that surely the whole point is nobody ever solves the mystery. After all, there’s a sizeable tourist industry that relies on the myth perpetuating.

“Well, of course I realise if I identified Nessie as a large fish I’d be about as popular as the man who ID-ed Santa Claus, but I live in hope,” laughs Steve – and if a voice on the end of a mobile phone can insinuate a wink, then Mr Feltham’s surely did in that moment.Hope and patience are perhaps the defining qualities of Steve’s life. There’s not much he wants for – other than a confirmed sighting of Nessie perhaps. He did record one a couple of years after he arrived, but these days spends most of his time explaining away other people’s sightings.“I’ve been here long enough that locals or visitors are sent along to me with their sightings and I can often provide an explanation or direct them to someone else who can. I’m aware I’ve become a bit of an expert.

“I now have a hard standing outside the Dores Inn right on the shore. I wake up and look right down the length of the Loch. I used to be mobile but the MOT was getting more difficult to pass every year and about 12 years ago the landowners were preparing a lease for the new tenants of the pub and offered to leave this bit of land off the lease so that I could spread out a bit and wasn’t reliant on the pub for the pitch.“I get water from a tap outside the pub and electricity used to be from wind generators now it’s from laser batteries. I took the steering wheel out of the cab and converted that to a workshop where I make my Nessie monsters out of wood.”And what if it’s too cold, wet or miserable to hunt Nessie?“Well, I’ve never had a single regret. If I wake up and there’s snow up to the window, I don’t have to get up. I’ve got a wood burning stove so I crank that up. It’s a wonderful life.”And who is anyone else, especially me, to say otherwise?

If Loch Ness is out of range, find Steve at www.nessiehunter.com. 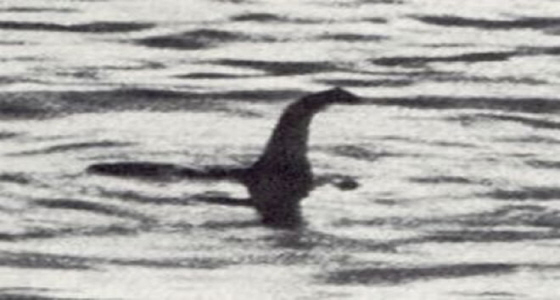