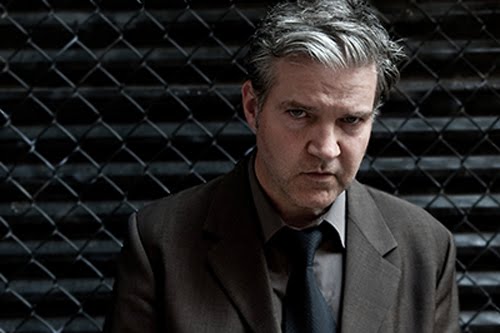 It’s 30 years since Lloyd Cole first troubled the charts. Not that he’s particularly celebrating the fact, but three decades is a milestone in whatever walk of life becomes a chosen path. Chart star, cult figure, folk singer, deep thinker, golf swinger (when last reported he was playing off 6.5, fact fans, but has been 5.3), whatever your view of Lloyd Cole – amusingly, he was once described as a ‘talkative bookworm’ – there’s plenty about the man to pique the interest.

This August he’ll make his first visit to the Jurassic Coast to play the Purbeck Folk Festival. Playing solo, he’ll mine his back pages for songs to play and maybe even try out a brand new one.

Having come to the fore fronting The Commotions and wracking up hits like Perfect Skin, Brand New Friend, Lost Weekend, Are You Ready To Be Heartbroken? and Jennifer She Said, Lloyd has since pursued a solo career that has seen him assimilate a range of styles from orchestral pop and sparse folk to synthesised soundscapes and edgy rock.

Through it all the quality of his writing – always literate, peppered with cultural references and laced with humour – has remained beyond question. In 1995 he scored a minor hit with Like Lovers Do from the album Love Story, co-produced by Stephen Street, desk jockey of choice for the likes of The Smiths and Blur.

Since the turn of the century he has explored a largely acoustic setting for increasingly folk-inspired albums such as Music in a Foreign Language (2003) and Broken Record (2010). Last year, he released Standards, his tenth solo album and only his second since 1995 to feature a full band of additional musicians, including power pop godhead Matthew Sweet and sometime Lou Reed drummer Fred Maher.

Lloyd Cole headlined the Sunday night at Purbeck Folk Festival, which ran from August 21 to 24, 2014 at Wilkswood Farm, Langton Matravers, near Swanage, but first he took time out from a hectic touring schedule to field a few questions…

Congratulations on the Standards album, as a listener it felt like Lloyd Cole had come home, how did it feel to make?

Well, the basics were done with Fred Maher and Matthew Sweet, so that was a return to something not done since 1991. But the recording was in LA. So pretty far from home and the mixing was in Bochum, Germany, again – far from home. The album sounds pretty much as I wanted it to and maybe the palette is familiar, but the sound is a good deal more electric and, well loud, than anything I’ve done before…

Was this the right time to make an electric album with a full band?

I guess so. Later finally asked me on…! After almost a decade in self-imposed exile as a would-be folksinger, I developed an itch I wasn’t expecting. It seemed that there were aspects to my old life in rock and roll that I missed. Tour buses and product managers, certainly not. But the interacting with musicians, the camaraderie and the joy of hearing one’s music enhanced and elevated by the aesthetic of others, absolutely.

You manage to reference a pretty good record collection’s worth of artists in the lyrics on the album, where do they come from?

They just surface. It’s what I do. Like a tic.

How did you imagine your musical career would pan out 30 years when you first started to make a Commotion?

Every album always feels like the last one. Even Rattlesnakes. My retirement plan was supposed to kick in after 45… The whole experience [of making Standards] was, for me, rewarding, perplexing, fabulously enjoyable and heinously stressful. Singing with a rock and roll band in the studio I felt exactly as I did in 1987 or 1995, and then I would see my reflection in the glass of the gobo and wonder who this old guy was… 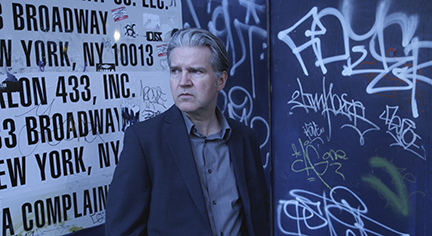 What drives you to get up and write songs these days?

If I have an idea for a song that excites me, or an idea for an album that excites me – sometimes one leads to the other. I need some spark. There are enough Lloyd Cole songs out there. We don’t need any more unless they can have a chance to be great. I’m happy we got these songs finished, because I’m not sure I’ll make another record like this again.

What have you got in store for fans at the Purbeck Folk Festival in August?

Just down the road is the Isle of Purbeck Golf Club, where Peter Alliss cut his teeth. Do you fancy a round?

I won’t have clubs with me this time, but I will bear that in mind for the future, thanks.

Are there any similarities between songwriting and playing golf – does one prepare you for the other at all?

Golf is what I do to escape the rest of my life. I try not to think about anything other than getting the ball in the hole.

Your previous album Broken Record was part-financed by advance sales and artists are making increasing use of crowd-funding to get records made, do you welcome the way the music industry is having to change? Is it a good thing?

No idea. I did it out of necessity. It’s a lot of work and I don’t plan on doing it again, but I’m thankful to those who made it possible.

What’s coming up for Lloyd Cole; any ideas for your next album?

Top secret, but there is plenty afoot. There will be at least two major releases, or re-releases over the next year or so.  And I’m on tour all year, it seems.