Purbeck Folk Festival is the Jurassic Coast’s answer to Brigadoon – a weekend party in a happy valley that emerges from the ether for just a few days every summer as a gentle calm pervades what is otherwise a working sheep farm. There is movement between stages, but no rush. People tend to languish a while, soaking up the atmosphere and sampling a refreshingly catholic musical bill.

A deft booking policy has seen the Festival reach much further into the mainstream than before to include the likes of Lloyd Cole, The (beautiful) South and Idlewild, as well as British folk top tablers like Eddi Reader and Chris Wood, young guns like Blair Dunlop and proven acts including Martha Tilston, Emily Barker and Polly Paulusma, not to mention the open-armed welcome for internationalists such as Senegal’s Amadou Diagne and the Cajun powerhouse that is Sarah Savoy. 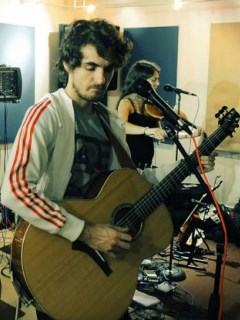 Such musical eclecticism and pocket-friendly pricing for tickets, beer and food was amply rewarded with an audience in the high 2000s and precious few grumbles about the rustic facilities. Some festivals make a great deal of trying to recapture a sense of the way things used to be. Purbeck just does its own thing and leaves plenty of room for people to pin their own impressions on it. (In truth, very few of the contemporary festival crowd would last an hour at Glastonbury in the mid-1970s or Stonehenge in the early 80s … and who could blame them?)

As ever, many folks arrive the day before the published bill and Thursday’s early birds were treated to a party largely of their own making. Suitably acclimatised, like a family meeting for the first time, the festival faithful were met with a Friday bill that gradually built a head of steam towards Eddi Reader’s sterling Long Barn headline set that bristled with quiet power and was never overrun by the raucous attendants of the Jack Ratts in the nearby High Barn.

Earlier, the tender talents of Krista Green had met with approval from the rich seam of teenage festival goers, many of whom were more royally rewarded by the smart R&B attack of Drew Allen’s stirring set on the Fire Stage. A clear and emerging talent, look out for songs like The Deal and the blueswailin’ Only Just Begun.

Making her third appearance at Purbeck with two sets over the weekend, Martha Tilston embodies as much as anyone the mood of the place. She calls it ‘the most beautiful festival’ and charms a crowd of converts with songs like Survival Guide that chart her progress from the promising newcomer that first tripped into this dell of delight to the strident talent she is now. 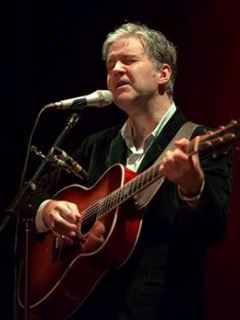 For sheer likeability you’d have to walk a country mile to better Nizlopi. Faultlessly industrious and as naturally exuberant as their songs Luke and John rattle through a charismatic set of charming tunes that reach out like a giant hug. It’s lovely to listen to, but delve deeper and there’s some proper craft at work as well. Quality.

After an opening day that also delivered stirring work from the bonny bluegrass boys of Flats & Sharps, the instrumental Essex prog-folk of Tred(complete with one-legged flute playing) and the intoxicating Weimar mariachi nuevo Brecht gypsy tango pot pourri of Moscow Drug Club, there were batteries to recharge as a well judged late-night film show that enabled a trickled dispersal in the small hours.

Once again, the Festival bar took a hammering with mercy dashes being dispatched to top up supplies of the 70-plus local beers and ciders on offer. (Wine drinkers on the other hand had no such trouble – ‘Red, white or rosé – from its own tap!’). Outside the food stalls kept a-cooking local produce late into the night, there was even cheese on toast (inspired!) served from a converted horsebox!

Saturday in the sunshine provided plenty of time to wile away in the company of storytellers, wood turners, carvers, a full-on fancy dress parade and Nizlopi’s songwriting workshop, not to mention the gloriously arcane Victorian tintype collodion photography studio to add a magnesium flash of steampunk to proceedings. Playing solo in the open air Martha Tilston reiterated her considerable credentials, something that an at times lacklustre set from TV talent show finalist Sally Barker didn’t. Her voice is a thing of wonder, but with the exception of Maid In Englandand the politically charged A Thousand Faces, her own songs cannot compete with the familiar covers.

One of the many wonders of Purbeck is its penchant for impromptu performance. A queue for the loo turns into a little jam session one minute, somebody breaks out the whistles and flutes by the bar the next. The youthful (and supremely talented) WiffWaff delivered a set of folk-swing ’neath a tree by the vegan food wagon and Kent duo Gareth Lee and Annie Bayliss rocked the Duck Shed with a rootsy set that acknowledged by was never cowed by tradition.

Later on the far more experienced John Langan Band took a more determinedly iconoclastic approach, kicking over all manner of statues from stuffy folk conservatism to all that cobblers about punks not being able to play. These boys can play and don’t care who knows it.

The recently reformed Idlewild brought their getting-to-know-ourselves-again acoustic set to the Long Barn and all but stole the weekend. Received with absolute affection, Roddy Woomble gently took control as the players, augmented by the brilliant fiddle of Hannah Fisher, rediscovered their own songs. The re-energised You Held the World In Your Arms added flavour and depth to its rocky origins, while The Remote Part, El Capitan, the under-rated Love Steals Us from Loneliness and a barn storming (literally) American English all stand up superbly to acoustic scrutiny. Andrew Mitchell assumed lead vocals for a soulful take on I Shall Be Released to end the set and the packed crowd did its best to get them to return.

Although their own songs fit right in with the old stuff, The South closed the night at one end of the festival with faithful romps through The Beautiful South back catalogue; while the splendidly entertaining Mother Ukers wrapped things up at the other end of the site with riotously unfaithful ukulele versions of everything from Step On to Can’t Get You Out Of My Head as the whispers of what might be run amok amid the shady woods.

Sunday brought with it an end-of-term feel and a genuine festival ‘moment’ – the last minute booking of Emily Barker’s side project Vena Portae in the tiny Duck Shed. A country-folk collision born of northern and southern hemisphere cross-pollination, the heady mix of banjo, guitar and atmospheric harmonies finds instant favour with the assembled throng. Barker’s later set with the Red Clay Halo[54] (minus Anna Jenkins but with VP’s Jesper Jonsson) in the High Barn was no less warmly received.

Senegalese griot Amadou Diagne found the Purbeck crowd just as responsive to his percussive take on traditional West African sounds injected with elements of European pop and even psychedelia as intricate guitar figures and drum interludes quickened the pulse.

More relaxed but no less passionate, Chris Wood[51] brought his guitar and voice to bear on material that ranges from the intensely political to the deeply personal (sometimes in the same moment as with his thoughtful resetting of Jerusalem) before closing with his lovely reading of Ronnie Lane’s The Poacher. Wood’s skill and passion are matched by one of nu-folk’s brightest contenders Blair Dunlop, who also brings movie star good looks to the table. Showcasing the albums Blight and Blossom and House of Jacks, his new trio (with Kat Gilmore on fiddle) offered a compact vehicle for his increasingly complex but approachable songs. Secret Theatre, 45s and Fifty Shades of Blue provided highlights with a respectful but superbly executed version of Richard Thompson’s 1952 Vincent Black Lightning to close.

s the light started to fade so the weather warnings were issued but the lord of the sky decreed Purbeck should finish dry as Coco and the Butterfields provided a lively soundtrack to early evening, bringing the High Barn to life with their trademark hop-hop-folk fusion and setting the scene perfectly for Caravan of Thieves’ American Gothic gypsy jazz rabble rousing.

More pensive by far, the dry wit and sheer presence of Lloyd Cole eventually won over the chatterers in the Long Barn crowd as he expertly weaved new material into the strategically placed older songs so that Rattlesnakes, Are You Ready To Be Heartbroken?, Perfect Skin, Lost Weekend and the long-overlooked Why I Love Country Music sounded right at home alongside more recent gems such as Like a Broken Record.

There could be only one response to a set so mesmerising – turn it up to 11… and that was exactly what Turin Brakes did. Now fully fledged as a foursome, the old songs have sprouted great big swinging cojones, while new material from We Were Here like Time & Money and Guess You Heard are laced with opportunities to explore their inner Crazy Horse, something they did with aplomb. Thrilling takes on Undertow and Painkiller with a final encore of Ether Song send the crowd home happy, sated and eagerly looking forward to Purbeck’s return next year.