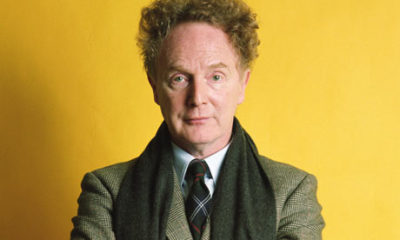 Best known as the punk svengali who masterminded the Sex Pistols’ infamous career in the mid-1970s, Malcolm McLaren lost his long battle with mesothelioma, an aggressive form of cancer, on Thursday aged 64.

As his family, friends and former colleagues – including Dame Vivienne Westwood, John Lydon and respected author Jon Savage – pay tribute to a man who never shied away from controversy, it is clear McLaren left an indelible mark on Britain’s cultural life and will be greatly missed.

He was an art student in the 1960s and by 1971 had opened a shop called Let It Rock on Kings Road, Chelsea, with Vivienne Westwood, selling Teddy Boy clothes.

The shop mutated into Too Fast To Live, Too Young To Die, providing stagewear for his first foray into band management with the outrageous proto-punk glam rockers, the New York Dolls.

By 1975 the shop was called SEX and sold S&M clothing, changing its name the following year to Seditionaries, which became the focal point for the nascent Sex Pistols and punk fashion in general.

Mick Tarrant, who ran the Armadillo Records shop on Queens Road, Westbourne, in the late-1970s, met McLaren early in his career.

“I used to look after Ted Carroll’s Rock On stall on the Goldborne Road when Ted was on the road with Thin Lizzy and McLaren used to come and buy old rock ’n’ roll records for Let It Rock.

“He was really boned up on music and knew his stuff – always seemed a thoroughly decent chap to me.

“A bit later Ted was doing the disco for the Pistols gigs so I went along with him one night to the 100 Club on Oxford Street to see what the fuss was about.

“We were a bit late and Malcolm was fretting but he greeted us warmly and bought us a pint.

“I was amazed by what I saw – Rotten was an outstanding frontman and the kids went crazy.

“To be honest, I didn’t care much for them as a band but I could appreciate what they were doing.” 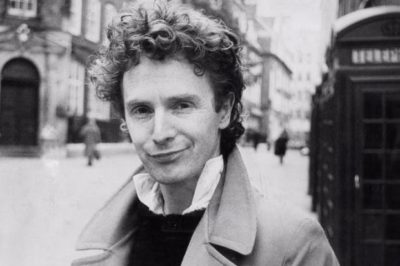 The local punk scene was slow to start and revolved around independent record shops like Armadillo and a couple of live venues like the Chelsea Village in Glen Fern Road, Bournemouth where the Sex Pistols had been due to play on December 7, 1976, as part of the ill-fated Anarchy in the UK tour until, as with most dates on the tour, it was cancelled by the local authority.

“To be honest there wasn’t much of a punk scene in Bournemouth, certainly not in 1976 anyway,” says first-generation punk Dave Delahaye.

“Most of us still wore long hair and bell-bottom jeans. I got my hair cut in February 1977 and started buying Seditionaries clothes from Kings Road.

“But I did see the Sex Pistols at the 100 Club in 1976, funnily enough the same week that I saw the Rolling Stones at Knebworth – two ends of the spectrum.

“I remember it was a hell of a din, really loud, and most people there had regulation rock crowd flared jeans on.

“It was only the hardcore at the front that looked like punks, but that’s who ended up in the photographs so you think everyone was like that.”

Tom Vague, who went on to edit a music fanzine/magazine called Vague, grew up in Wiltshire but gravitated towards Bournemouth in search of punk rock.

By the end of 1977 he reckons that as far as all the young punks were concerned, Bournemouth had one of the most vibrant music scenes in the country.

“At its height, the Bournemouth punk scene was the hippest outside London – featuring peroxide hair, leather jackets, SEX and Seditionaries shirts and bondage trousers, the punk/vintage clothes shop Katz, Armadillo record shop, the Double-0-Egg caff and the Triangle punk quarter,” he said.