Ever been so into something you can’t quite remember what you’re doing and why? It’s like you’re concentrating so hard so that you don’t forget a single second that you actually lose all reason and sense of time and place. It happens to me when I really wish it wouldn’t – ten minutes into a precious phone interview with the one and only Steve Cropper, for instance.

He’s the guitar picker who took soul music down a country road, breaking down barriers between black and white and redefining what had previously been referred to as ‘race’ music. He had a hand in writing classic 60s soul sides including In the Midnight Hour and Knock On Wood and with Booker T & the MG’s created Stax Records’ template for southern soul.

As Sam & Dave’s genre-defining Soul Man reaches its peak and Sam Moore cries out: “Play it, Steve”, that’s Steve Cropper he’s testifying to – the same Steve Cropper who’s on the end of my phone.

I’ve been a Stax fan ever since my days as a playground mod in the early 1980s when I eagerly consumed second-hand junk shop copies of blue label Stax singles by the likes of Otis Redding, Sam & Dave, Carla Thomas, Eddie Floyd and Booker T. Not that I tell him – although maybe I should have – but speaking to Steve Cropper is a bit of a moment for me.

So much so I’m off in a world of my own – just for a few seconds anything could happen, but as I snap back round I realise I must have asked about Otis Redding as he’s telling me about the man we both agree is the greatest soul singer of them all.

Truth be told I could listen to Steve talk abut Otis all night and I get the feeling he wouldn’t be too unhappy to do so, but then I could listen to Steve Cropper talk about pretty much anything. He’s warm, open and expressive in conversation, admirably humble about his achievements (if you’re interested enough to read this you probably don’t need me to detail them, but if you don’t know, find out!) and gracious enough to field my versions of questions he’s doubtless been asked a thousand times. 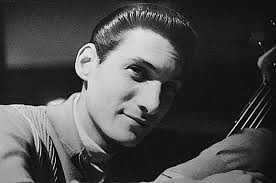 Here’s how it happened…

How are you, Steve?

I’m OK, a little crazy, but at least I’m sane enough to know it. Jimmy Buffet said if we weren’t all crazy we’d all go insane. I like that!

British audiences always had a special understanding of American R&B, is that still true?

It’s my third time out with The Animals and I’m looking forward to getting back to the UK because I’ve missed those audiences. The UK audiences were always very welcoming, they loved us man so this is a chance for them to see me and me to see them. These days we don’t get over there like we used to, at least not since Booker T stopped working and the Blues Brothers things died down. I understand that though because there’s so many tribute band and all – I joke we’ve been around long enough now to become our own tribute band!

You know people say: ‘Belushi, he’s dead’ and one or two of the others, Duck, but some of those guys we’ve been working with for 26 years. It’s just me and Lou Marini still playing. Bones Malone is still out there but he don’t play with the band now. People forget though that the band that was in the movie wasn’t the band that played on all the records and when people try to reassemble that band to play I have to tell them it won’t work because some of them were acting only.

Alongside The Beatles, The Animals led to so-called British Invasion – did you meet them back in the day? 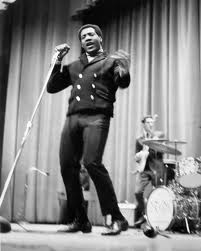 John Steel and I realised we had a lot in common because we both formed bands in high school that went on to become something and through various twists and turns we’re still here. We’ve had this conversation and neither of us can remember meeting back in the sixties, I mean we knew a lot of the same people, same musicians, but we never actually met at the time. I guess we were doing the R&B thing and The Animals were more pop and rock ’n’ roll so our paths didn’t really cross. We didn’t really see The Who or Jimmy Page, or Jeff Beck, or any of those guys.

But here’s a thing, a lot is made of how the British bands listened to the R&B music of the 50s – Howlin’ Wolf, BB King, Bo Diddley and all – but we all were influenced by The Beatles and the English brigade as well. If you listened to the radio at that time you had to be. You play that music to a white English guitarist and it sounds like that, you play it to a white American country boy and he makes it sounds something else and then Otis hears it and it’s something else again.

Well I always thought that if you take Otis and his voice off those records, most of what I was doing sounds pretty country to me, that’s what we did. Otis couldn’t help but make everything he did sound funky, but he and I were pretty similar – he was a country boy from Georgia and I was a country boy from Missouri, growing up on the farm, in the outdoors. Otis and I were like brothers. I mean, really that close. The funny thing is I didn’t find out for years that he and I were the same age – he just always seemed older to me. He had this streetwise thing, didn’t matter if we were hanging out in New York or hanging out in Memphis, he just seemed to be older than me.

Is it foolish, or did you ever wonder how Otis would have developed had he been spared?

I used to get to wondering what might have been had Otis lived. What I do know is that he would have been king of something. If Aretha is the Queen of Soul, then Otis had to be king. Where that left James Brown or Little Richard I don’t know, perhaps they’re the architects, but Otis would have been King.

His sons, Dexter and Otis III, are still working and Dexter sounds a lot like Otis did, so I reckon Otis would have gotten old but he still would have been singing, that voice would not have diminished with age. It happens that way sometimes, I was working with Roy Orbison right up until not long before he passed away and he still sounded as good if not better than ever. Otis and the Big O, then there’s Bob Dylan, John Lennon, Neil Young, Stevie Wonder – and that’s just scratching the surface…

Sometimes I lie there and I have to pinch myself to see if it’s all real. You know, don’t get to namedropping or thinking about all the people I’ve met or played behind. I have to get off that subject because it’s endless! 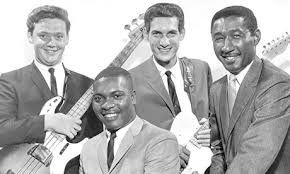 Anyone that you feel you should have worked with?

I get asked that all the time and I have finally got a definitive answer – Tina Turner. I never got to meet or play with Tina. Of course, I did a bit with Aretha, not just in the film and on sessions, but back when we were both very young I backed her at some DJ conventions. I saw Ike and Tina Turner a few times and I met Ike and played with Ike, but I would love to have played with Tina. Still, my friend Tony Joe White played with her and he tells me she’s well – he wrote that hit Steamy Windows, that’s a pretty good song.

A few eyebrows were raised when it was announced that you were going to tour small British theatres with the current version of The Animals, but it works. For those that haven’t seen it, how does the show work?

What you’ll see on this tour is The Animals do about an hour of their hits and that guy Peter Barton he may not be an original, but he can sure sing those songs. Then they take a ten-minute break and come back on for a number before bring me on and we do the Steve Cropper bit for 40 minutes or so, some of the songs people know me for like In the Midnight Hour, Knock on Wood, we even do Time Is Tight. And that Mickey Gallagher is great player, he’s almost an original Animal, he joined them at 17 or something just after the first hits. But you know I don’t usually play Booker T songs without Booker T because he is one of the greatest musicians of all time, but Mickey Gallagher is up there man, I’ll tell you. Right at the end we come back for an encore – one of theirs and one of mine, so it’s a real good two-hour show.

Those songs are like public property now, part of our human DNA, they set the bar pretty high for you as a writer.

People come up to me and ask if I’m still writing, of course I’m still writing, I’ve always been writing – not sure people get to hear them though! I guess it gets harder to get airplay when you’re older, even the Stones and those guys have to live on their concerts. Guys like Jimmy Buffet, James Taylor, even Neil Young, they’re still playing and writing great songs but they struggle to get airplay. It comes down to age rather than the quality of the songs, but if you like an artist and you pick up an album and you get to looking at the songwriting credits you might come across a Steve Cropper from time to time.

What makes a soul song, Steve?

A good soul song? Well, you got to have the energy, that real live energy. Even if it’s recorded in the studio, you have to have that energy of everything being played live. When we used to record, like with Otis or whoever, we’d have the horns played live and all the instruments, vocals, everything, that’s where the performance comes from and you just don’t have that performance these days.

Oh, everything might be all beautifully played and perfectly recorded and separated out, but it’s fragmented, you know. It doesn’t have that power. Then I ask the kids you listen to the garage bands why they like it and they say they have to hear the imperfections to know it’s real. They like it a bit out of tune then they know it’s a real band, but in my day we had to be real and be good and be in tune!

Ain’t that great? Man, they love vinyl again and they like to hear the scratches on the vinyl – but I spent the last 50 years of my life trying to rid of the scratches! I love the vinyl too, but if I could get a longer playing time out of it and deeper grooves so they didn’t scratch then we might be on to something.

And with that he has to go. I could have talked to him for hours, maybe one day I will, but for now we bid our farewells and I head back to the cold winter English night while he’s off into the wide blue Arizona yonder.