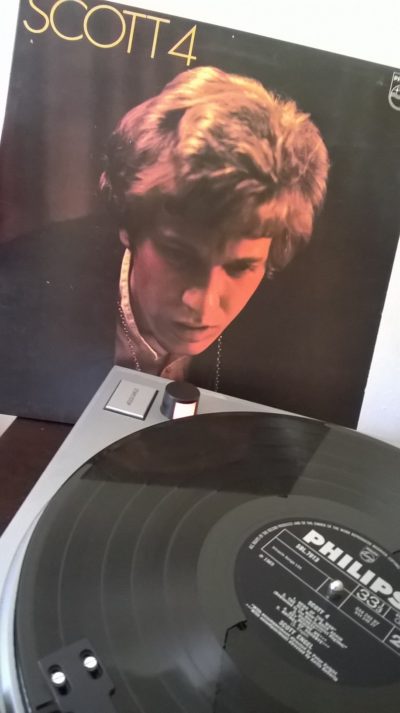 OK, so this album didn’t just surface, but it was certainly ripe for rediscovery following the superlative BBC Proms concert in which Jarvis Cocker, Susanne Sundfør, John Grant, Richard Hawley and the Heritage Orchestra under conductor Jules Buckley paid eloquent tribute to the mighty Scott Walker. To these ears there wasn’t a weak moment, but a clear highlight had to be Hawley’s bracingly brilliant translation of Old Man’s Back Again (Dedicated to the Neo Stalinist Regime) in which he mined its greasy soul groove to stir hearts and minds and hips.

Returning to the original – a reference to the 1968 invasion of Czechoslovakia – Walker also manages to pull off an audacious scat on the outro in perhaps the most confident moment on the first solo album he wrote entirely himself. It’s also arguably his most immediate solo outing, marrying lyrical kitchen sink dramas with R&B, country and folk tones as well as broader strokes borrowed from orchestral film scores. Indeed, the album’s mariachi-flavoured opener The Seventh Seal is inspired by Bergman’s classic movie.

On Your Own Again is a folk song emboldened with a fizzing string arrangement; while Angels of Ashes is all cigarette smoke and Parisian back streets and Duchess at least squints in the direction of Dylan. Get Behind Me lifts the mood with some psyche guitar and gospel chorus; while in any sane world the stunning The World’s Strongest Man would be an anthem to ’real’ masculinity.

Scott 4, with its apposite Camus quote on the sleeve, failed to chart on release and was swiftly deleted. Originally credited to his real name, subsequent reissues have been under his stage name and the record is now, quite rightly, considered among his best.