Nick Churchill > Features > They have been watching…

Britain is the most watched society in the western world. More information is held about us than any of our European counterparts.

There are thought to be 4.2 million CCTV cameras in Britain – that’s one for every 14 people.

Bournemouth was the first place in the UK to get a large-scale outdoor surveillance system for the Conservative Party Conference in 1985, a year after the Brighton bombing.

More than two decades later that surveillance system was updated after it failed to pick up vandals who set fire to beach huts.

Just by walking through the town centre you could be making 300 appearances on CCTV every day – but who is watching the watchers?

We have a right in law to know what information is being stored on us. The Freedom of Information Act, the Data Protection Act and the Environmental Information Regulations give us a right of access.

In the last decade the Home Office has spent 78 per cent of its crime prevention budget on CCTV, but does it actually prevent crime or increase detection rates?

Police chiefs in London have said CCTV has failed to make a significant impact. But Dorset Police say CCTV footage from Bournemouth played a part in bringing charges in 62 crimes in April and has helped solve 277 crimes in the last year.

Dorset Police spokesman Martyn Webster told the Echo: “All the key places in the town are covered. If we get an incident outside a club we can get on it straight away. If we didn’t have it I am quite sure incidents could get out of hand.”

There are those who object to CCTV surveillance on the grounds it infringes our civil liberties. Richard Thomas, the government’s Information Commissioner, says the rise of “dataveillance” sees us sleepwalking into a Big Brother society.

The Data Protection Act and the Freedom of Information Act require authorities to make any personal data held by them about a member of public available to that person, including CCTV images – provided the request is made in writing.

To test this right I walked through Bournemouth from the Millennium Flame in Bournemouth Square, through the Gardens to Pier Approach, turning left as far as the red gates blocking the road and then back on myself going as far as the Cliff Lift in the opposite direction.

Along the way I counted at least 21 CCTV camera sites. Some were on private businesses but most were overlooking public spaces.

Logging on to Bournemouth Online at bournemouth.gov.uk I had to use the site map to find any information on freedom of information and access to data. It’s quite convoluted and very in-depth.

I filled in the downloadable Subject Access Request Form, including times and dates of where I was and a copy of my photo driving licence. The council charges £10 to process the request.

I took the form and payment to the Town Hall. Comfortingly, another three CCTV cameras watched me explain to the receptionist that I had a request form under the Data Protection Act to hand in. 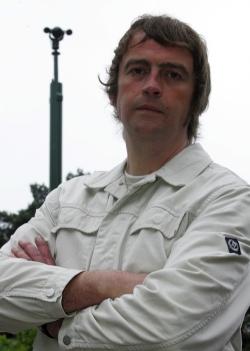 It took 10 minutes to locate the department that handles such requests. They were unavailable so I had leave the envelope at reception and accept a stamped compliments slip as proof of delivery.

The Data Protection Act stipulates that requests should be met within 40 days. The council’s policy is that it will reply within 20 days “to improve and enhance the democratic process”.

The very next day I received a letter from Thomas Payne, the council’s assistant information compliance officer. It turned out I had submitted the wrong form. What I needed was a CCTV request form.

The new form was submitted with two documents confirming my address, a recent photo and a description of what I was wearing.

Three days later Mr Payne acknowledged the request and said he would have to view the footage to see if the request fell under the Data Protection or Freedom Of Information Act.

Five days later another letter from Mr Payne informed me the request fell under the Freedom of Information Act and I should wait to hear from the council.

Finally, barely two weeks since my walk, a letter arrived with a CD of CCTV footage.

“Your request for CCTV footage is the only one we have received that had no serious purpose in that it was not linked to an incident or event,” said a written statement from the Council’s Information Compliance Team, adding that it would not be unreasonable for the council to view such requests as “vexatious” but that the council takes rights of access seriously.

It took five hours to process my request at a cost to the council of £125. Regulations prevent the authority charging for requests that cost less than £450.

“Processing your request clearly diverted CCTV operator resources. Requests from the public would be given due consideration with regard to whether the footage is of value.”