When William Wordsworth wrote: ‘Bliss was it in that dawn to be alive, But to be young was very heaven’ he could have been writing about the seismic cultural changes which occurred in post-war Britain. For many in the UK, the 1960s was ‘that dawn’ and to be young and in the right place at the right time certainly was ‘very heaven’.

One of those in the right place at the right time was Dorset TV producer Roger Hopkins, who grew up in Poole and, by 1963, was cutting his professional teeth as a freelance photographer feeding on Bournemouth’s burgeoning nightclub scene. He’d inherited a passion for photography from his father and being much taken with David Bailey’s ground-breaking fashion shoots for Vogue magazine, certainly felt the time was right for something new.

‘Although I tried a college course at the Lansdowne it didn’t really agree with me,’ he says. ‘I really learned my trade working for Sean Hickey Photographers on Poole Hill doing weddings. That’s where I mastered the art of taking photographs on the fly without having time to pose and light the perfect picture. They’re reportage, news photos almost, and that was very much in the mood of the time.

‘What Bailey was doing was creating a new look for photography. He pioneered bounce flash systems and dropped out half tones to give his images this very silky look. He used a Rolleiflex camera, producing a two-and-a-quarter inch square frame, which gave his images what has become a very clearly identifiable 1960s look. At the time I was also doing lots of blow-ups for posters and fashion shoots so I had access to the same studio systems and techniques that Bailey used. Having worked out what he was doing I suppose I was parroting it to some extent, but in doing so I arrived at my own style.’

Some of Roger’s photos from the era have been collated in RockFace, an exhibition of famous faces including the Beatles, the Rolling Stones, Roy Orbison, Tom Jones, Lulu, Donovan, The Kinks, Sandie Shaw, Marianne Faithfull and Adam Faith, all taken in Bournemouth between 1964 and 1967, mostly at the Winter Gardens, but also at the Pavilion Ballroom and the Gaumont cinema on Westover Road.

‘There was a group of us who seemed to be around the hub of everything that was happening youth culture-wise in Bournemouth so not only was I getting in to venues for nothing, I was able to talk my way into being allowed to photograph the stars as well. The established newspaper photographers were all a bit staid as far as we were concerned, so I used to freelance for the Bournemouth Times and some of the national music papers like NME, Disc and Melody Maker. Sam Bell, who managed the Winter Gardens and Pavilion, liked my bravado I think and nearly always arranged for me to see the shows and meet the acts.’

Even the biggest stars of the day like the Beatles and the Stones were still being put through the media mill in those days. Their management made interviews with local press compulsory and they were encouraged to open their dressing rooms to journalists, photographers, visiting dignitaries and guests. It all made for a bit of circus that would doubtless horrify the cosseted and protected pop stars of today, but resourceful youngsters like Roger saw the opportunity it presented and made sure they grasped it.

It was an incredible time, but it was all about the moment. We didn’t stop to consider what the Beatles would become, or the Stones, never mind Tom Jones or Lulu. It was never about posterity – all we were concerned about was the now. It’s only later these things achieve any kind of significance. Some of my best work was done with the local Bournemouth bands of the time who all wanted me to take their photos because I had the look.’

However, one of his subjects did make a lasting impression on Roger – the American singer Roy Orbison. Already a legend to British music fans by the mid-1960s, Orbison had been championed by Elvis Presley and particularly Johnny Cash at Sun Records in Memphis in the mid-1950s before scoring a string of hits including Oh, Pretty Woman, Only the Lonely, It’s Over and In Dreams.

‘It’s hard to understand now, but England was a drab, cold place to grow up after the War,’ says Roger, who was born in 1945. ‘It always seemed to be raining, everything looked grey. We went to the cinema and saw films from America then went home and tuned our transistors into Radio Luxembourg which would play these rock ’n’ roll records. I found out a lot of them were being released on the London American label and I used to collect them avidly, they were gold dust to us. Never mind a foreign country, America seemed like another planet and anything American was indescribably exciting.

‘So I got to know Roy Orbison quite well in that time and spent a bit of time with him. I used to amuse him with stories of listening to his records under my bed clothes, but he was the real deal, he knew Elvis.’

For all its reputation as a seaside retirement ghetto, Bournemouth had a music scene to rival that of much larger metropolitan centres. As local groups like Zoot Money’s Big Roll Band, the Dowland Brothers, The Dictators and the Nite People made an impact on the wider world, out of town acts including Manfred Mann, John Mayall & the Bluesbreakers (with Eric Clapton), The Who and Rod Stewart (with the Soul Agents) all played residencies at Le Disque a Go Go club on Holdenhurst Road at the Lansdowne. 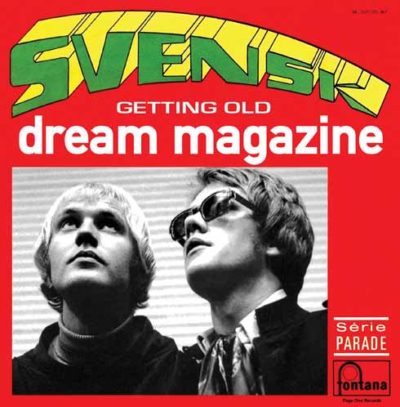 The Who’s drummer Keith Moon and Rod Stewart used to compete for the affections of Kim Kerrigan, the Bournemouth girl they’d both met at Le Disque. She later married Moon and is the mother of his only child. Meanwhile, the young Davie Jones first used the name David Bowie midway through his 1965 summer season of Fridays and Sundays at the Pavilion Ballroom.

‘My favourite venue though was Le Kilt which was also the name of one of the top clubs in London. It was part of the Swiss Restaurant in Bournemouth Square and they’d get four or five hundred of us in there, the dancefloor had once been a squash court. You could get a drink there and kids would spill out across the street, the police would drive by, but I never saw any violence.’

Of course Bournemouth was not the centre of the entertainment world, but to Roger it felt pretty close to it – never more so than when cinema’s golden couple Terence Stamp and Julie Christie arrived in the Dorset countryside with Alan Bates and Peter Finch in tow to film John Schlesinger’s 1967 version of Far From the Madding Crowd.

‘They set Bathsheba’s Farm at Bloxworth House and we just thought we could roll up and see what was going on, so we did. That was the way things were, it was just for fun really. I remember talking to Schlesinger about Billy Liar because that was and is one of my favourite films, but we didn’t feel fortunate, we were just doing what we were doing. There was no plan and maybe there should have been. I looked at my negatives again recently and it seems I never got a picture of Mick Jagger although I photographed the Stones a few times, I just never pointed the camera at him.’

Roger’s next step was to form a band called Svensk with a model friend of his, Jason Paul. They enlisted classical musician Sam Newgarth, a Royal Academy of Music graduate who went on to found Bournemouth Philharmonic Society, as manager and with Roy Orbison’s encouragement contacted Larry Page and Dick James – the music publisher who administered the Beatles’ Northern Songs – who had formed Page One Records. Their first single Dream Magazine, released in 1967, now enjoys an unexpected second life regularly appearing on compilations of lost psychedelic relics.

‘Jason was part of the Bournemouth gang as well and we got on. With Svensk I got to know a lot of the people I’d photographed all over again, but this time as colleagues in the record business. We had fun but it wasn’t long before I decided I preferred life behind the camera.’ 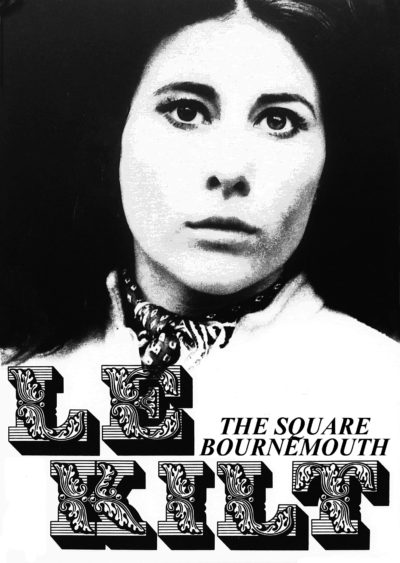 By the end of the decade Roger had set up an advertising agency in Bournemouth with an office in St Stephen’s Road. He built a multi-million pound business producing TV commercials and remains active in TV and film today, but it’s all a long way from those heady, passionate days of endless summer when everything was possible and mostly came to pass simply because they willed it so.

‘So many remarkable things happened that just seemed everyday back then, but the one time I did feel blessed was standing at the side of the Winter Gardens stage as Roy Orbison went on.

The stage was in complete darkness, the audience was making a bit of hubbub. He walked quietly past me and silently took up his position in front of the microphone. Just as the curtain went up he sang the unaccompanied opening line from It’s Over – ‘Your baby doesn’t love you any more…’ – and the audience erupted. That is still one of the most memorable scenes from my life, absolutely electrifying.’