STRANGELY beautiful, but quiet like a Sunday, Liverpool on a midweek night doesn’t so much hum and throb like a buzzing metropolis as go about its business with a jaunty grin and merry whistle.

Great, as the locals would say, because it enjoys the same mix of trendy bars, traditional boozers, gleaming designer emporia, aged shop fronts, fine eateries, greasy spoons, spit and polish that any vital city centre should have. It’s just a lot easier to get around.

The city’s grand Victorian and Edwardian monuments to its commercial and cultural heyday never sat very comfortably alongside the brutal concrete of the blocks erected in the 1960s and 1970s to cover bomb sites.

Mersey-fully, many of those carbuncles are now disappearing as a crisp, post-modern skyline emerges to herald the city’s stint as European Capital of Culture next year.

Liverpool is celebrating its 800th birthday – King John having presented its first charter in 1207 – with a building party and the city has sprouted a crane farm as it races to catch up with the 21st century.

And it’s doing a fine job as past and present join hands to face a brighter future. While the luxury apartments, swanky hotels and high-end designer shopping malls may not hold much for some locals, the work generated by such rapid regeneration and the city’s burgeoning tourist trade most certainly will.

In its pomp, Liverpool asserted itself as a modern Athens – independent of spirit, self-assured, driven forward by culture and commerce. St George’s Hall, the maddest conglomeration of classical Greek and Roman architecture the proud Victorians could conjure, has just reopened to remind the city of that past.

Once the tallest building in the world, the iconic Liver Building wouldn’t be out of place in Whitehall, or even on the Champs-Elysee. It dominates the ever-changing dockside that is sprouting a rash of swish new hotels, offices, warehouse conversions and even an extension to the Leeds-Liverpool canal. Perched above it all is the brace of Liver Birds, one female watching the sea for the safe return of Liverpool’s sons and daughters; the other male, scanning the city for the pubs to open apparently.

Below them the city creates yet more magical myths. A two-hour walking tour with blue badge guide Phil Coppell reveals all manner of tantalising tales, all true no doubt, but told with a weather eye for the fantastic.

Take the ruins of St Andrew Church in Rodney Street. In the churchyard stands a pyramid tomb housing the remains of a man who, we’re told, wanted to be buried doing his favourite thing – sitting at a table holding a winning hand of cards. Silly, sentimental, slightly macabre, perfectly Scouse.

Liverpool boasts more Georgian buildings than Bath, many of them around Hope Street alongside the magnificent art deco Philharmonic Hall, the art college attended by John and Cynthia Lennon, and Liverpool Institute for Performing Arts, Paul McCartney’s so-called fame academy housed in his old school.

Appropriately enough, at either end of a street called Hope stand the city’s two cathedrals – the mighty Anglican Cathedral, started in 1904 and finished in 1978, is the largest in Britain and was designed by a Catholic; the modernist Catholic Cathedral was designed by an Anglican and finished in 1967 on the site of a plan dating back to 1853 (only the crypt was ever completed), built over the country’s biggest workhouse. Later, it was decided that as Ringo was no name for a bell, the four bells outside should instead be named after the gospels.

To its many historic charms you can add the Liverpool Tate, Walker Gallery, the International Slavery Museum due to open this month, the Merseyside Maritime Museum and the World Museum. The new Museum of Liverpool opens in 2010. There’s the famous Mersey Ferry of course, the new Spaceport attraction, 21 miles of beaches on the Sefton coast and designer shops to rival Paris and Milan.

But Liverpool tourism begins with music and football – the greatest band ever to tune a guitar and, with apologies to Bill Shankly (and Everton fans), two great football teams: Liverpool and Liverpool Reserves.

Visiting the outlying Beatles sites – Strawberry Field, Penny Lane, Menlove Avenue – also entails a tour of the city’s leafy suburbs laced with fanciful anecdotes. In the city centre you’ll see Mathew Street (home of the Cavern and centre of all things Beatles for sale), the Empire, Odeon and, as an aside, the well-appointed statue of a naked man attached to Lewis’ department store. (He’s known locally as Dicky Lewis; and you should see him when it rains!)

No football fan – least of all me with a Reds-mad son – can leave Liverpool without visiting Anfield, legendary home of Liverpool Football Club. Since their fifth European Cup victory two years ago, tourist interest in LFC has gone through the roof. A stadium tour takes you behind the scenes, while the museum groans with the kind of silverware (and a Cherries pennant!) that a Johnny-come-lately club like Chelsea can only dream of. Outside is a noble statue of Bill Shankly, a suitably dignified memorial to his successor Bob Paisley and, of course, the poignant Hillsborough Memorial.

Predictably, match tickets are not easy to come by, but choose the game carefully and you might be lucky – we saw the Reds play Middlesborough and tickets were being offered for sale by the club up to 30 minutes before kick off. And, yes, Steven Gerrard really is that good!

Clearly, Liverpool is starting to swing again after decades in the doldrums and it’s clear such frantic rebirth is not without labour pains. But before we left from the not-long rechristened John Lennon Airport – and perhaps infected by the mercurial joys of this Looking Glass city – I couldn’t help recall a song by Merseybeat’s first icon, Billy Fury. Wondrous Place. 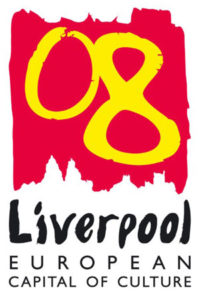