Nick Churchill > Features > What if The Beatles had never formed? 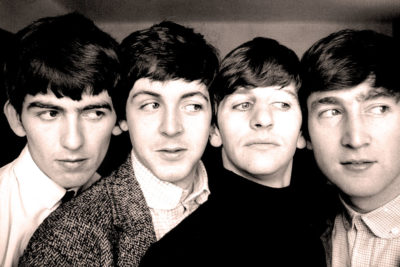 But if a 16-year-old tearaway from Liverpool called John Lennon had decided not to enlist the services of one James Paul McCartney into his skiffle group The Quarryman that autumn they might never have become The Beatles and whatever happened next it certainly would not have occupied us as it has for the last 60 years.

A self-confessed know-all, Lennon could easily have dismissed the younger McCartney out of hand, no matter how impressed he was the kid could play ‘Twenty Flight Rock’ and knew all the words. But early the following year George Harrison joined at McCartney’s suggestion and the die was cast.

Had Lennon ploughed on without them it’s likely The Quarrymen would have remained a mystery to the world, although after enrolling in Liverpool College of Art in 1958 their leader could well have pursued a more solitary creative path.

McCartney had the chops and the charm to follow his own star and may well have done well in showbiz, a TV presenter perhaps. Harrison too had the talent, looks and ambition to make it – maybe as a guitar prodigy, a Clapton of the North?

At that time Ringo Starr was making his name as a drummer for hire and would certainly have done very nicely out of that before a later career in acting beckoned, or maybe as a booking agent or promoter.

By 1962 as The Beatles scored their first hit, Love Me Do, Britain’s nascent pop music industry was hitting its stride. Tommy Steele, Adam Faith, Helen Shapiro and, most significantly, Cliff Richard – our answer to Elvis – were big stars, but they were safe, sanitised and as likely to be popular with parents as they were with the kids. They did as they were told, sang the songs they were given and towed the line.

That was never enough for The Beatles who from the outset challenged the status quo by writing their own material, then turned their backs on touring and demanded unlimited studio time with complete creative freedom. As long as they remained bankable the industry couldn’t refuse them, but without them to lead the charge, what would have become of their immediate contemporaries?

The Rolling Stones would still have formed, but without Lennon and McCartney to gift them their first top 20 hit – I Wanna Be Your Man– they would either have continued to ape American rhythm & blues or given in to Mick Jagger’s attraction to fame and fortune and churned out a series of Tin Pan Alley hits.

Similarly, the members of The Kinks and The Who would have found one another through London’s R&B and jazz scene, but if they’d never heard The Beatles’ early originals would Ray Davies have co-opted music hall to create a new musical vernacular, or Pete Townshend have found the courage to cook up a rock opera?

In America, Brian Wilson herded The Beach Boys into a maelstrom of creativity as a direct result of The Beatles’ Rubber Soulalbum, but without that catalyst perhaps his demons would have consumed his talent even more completely making it easier for the group to simply follow the money.

Dylan would still have happened, but The Byrds would never have married his vision of folk music to a Beatle beat and sounded the West Coast psychedelic sirens, leaving only the dystopian distortions of New Yorkers like The Velvet Underground or Mid Western agitproppers the MC5 to drive the creative imperative.

In a world without The Beatles something else would have filled the commercial vacuum as technology drove a new kind of teen audience through transistor radios, portable record players and the telly, but it would have looked and sounded very different indeed.

Saturday 18 August 1962 – Ringo approached The Quarrymen invite drummer Ringo Starr to leave his safe gig in Rory Storm and the Hurricanes and join them. He declines.

May 1963 – Stones on their way Having produced hits for the likes of Jimmy Young and Dickie Valentine, Dick Rowe signs The Rollin’ Stones to Decca.

Saturday 8 August 1964 – Dylan stays true The album Another Side of Bob Dylanis released and its creator is lauded for resisting the urge to go electric and copy the Stones.

Friday 5 August 1966 – Jesus stalls Stones Reacting to their stranglehold on the pop charts, Cliff Richard reminds fans that Jesus is bigger than The Rollin’ Stones.

Sunday 12 February 1967 – Stones ground down The Rollin’ Stones career is effectively ended when Jagger and Richards are arrested at the latter’s mansion on drugs charges.

Tuesday 5 August 1969 – The Devil in Iggy As The Stooges release their debut album, Iggy Pop says the Devil has all the best tunes because he gave them to him.

One thought on “What if The Beatles had never formed?”