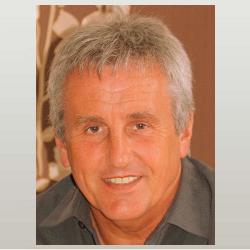 I first met Neal Butterworth on the day I became a newspaper journalist and it has been my privilege to work with him almost constantly ever since.

It was 1989 and the Dorset Advertiser Series had offered me a week’s trial to see if the over-written streams of consciousness I’d been passing off as record reviews for a music industry trade magazine could be translated into the less rarefied atmosphere of a much-loved weekly newspaper.

The first thing he asked me was: “Who are you?”

Then he gave me a crash course in the what, when, where, why and how … and I was in.

He ribbed me, cajouled me, challenged me, laughed both at me and with me over the following months – in fact he never stopped – until I was comfortable in the knowledge that barely penetrable purple prose I produced whenever opportunity knocked wasn’t all that bad. Flattering as that was, I was far more thankful for the part he played in my realisation that, invariably, less is more.

In Neal’s company I learned how to be sincere about the work, but not take myself too seriously. He was supremely skilled as a writer, but revelled in nurturing the talents of others. As a manager he led by example, he united more than he divided and displayed an almost supernatural sense of how to get the best out of often quite disparate characters.

He made no secret of his belief that journalists are born prima donnas and expert whingers, but given the chance to really shine will always find ways to excite you. Oddly, it allowed us all to feel more at ease with the uncomfortable reality of our own egos.

Neal spent some 30 years as an editor, 13 of them at the helm of the Daily Echo, making him one of the longest serving regional newspaper editors in the country. He made more than his share of ripples on the pond, but retained a keen sense of his place in the scheme of things. He knew full well how quickly the waters go still.

In that spirit he embraced a new phase of his professional life as a media expert, freelance writer and public speaker. Popular, friendly, funny and a born entertainer, people like Neal Butterworth and he liked them.

His unflinchingly positive response to the possibilities presented by Seeker News, initially as a magazine and most recently a free newspaper, resulted in a typically vigorous contribution and has been absolutely invaluable.

And even as the disease he fought so hard started to take its vicious toll, he has been on hand with encouragement, advice, his wicked humour and bags of energy.

Working with Neal has been a ball. Becoming and remaining his friend has been even better.